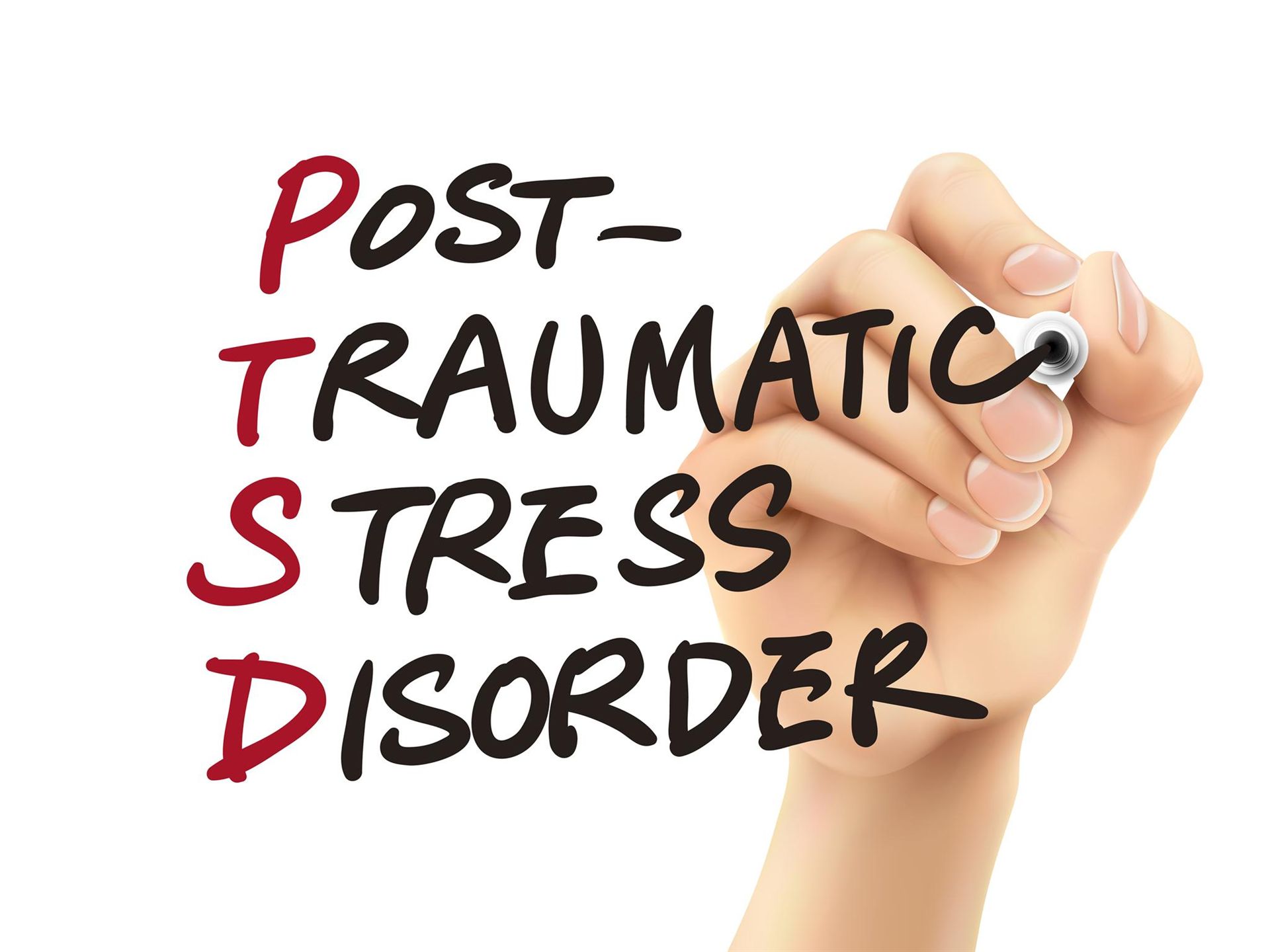 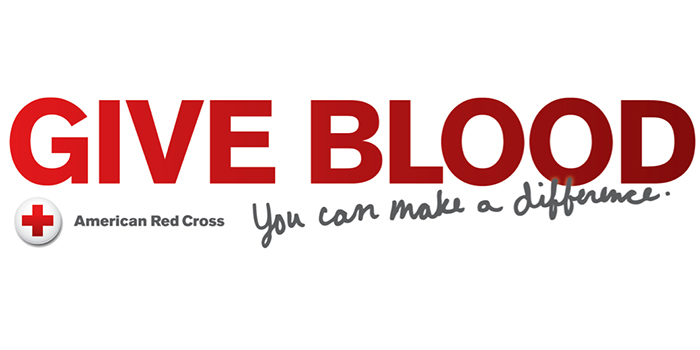 Senator Vin Gopal is urging all eligible donors to donate blood to the American Red Cross.

The American Red Cross is facing a dangerous national blood shortage and is in urgent need of blood and platelet donors to avoid delays in administering life-saving medical care to patients. Donors who schedule an appointment with the American Red Cross now through December 19 will receive a $5 Amazon Gift Card.

“If you are an eligible donor, please seek out the nearest American Red Cross and make a donation today,” said Senator Vin Gopal.

“I urge everyone here in Monmouth County, and throughout the state, to answer this dire call to action. Your donation could be the difference between life and death for a patient battling an illness or injury. It is imperative that we ensure the American Red Cross has fully stocked stores of blood so that patients across the country can receive the treatments and surgeries they need. This holiday season, give the gift of life. Donate today.” 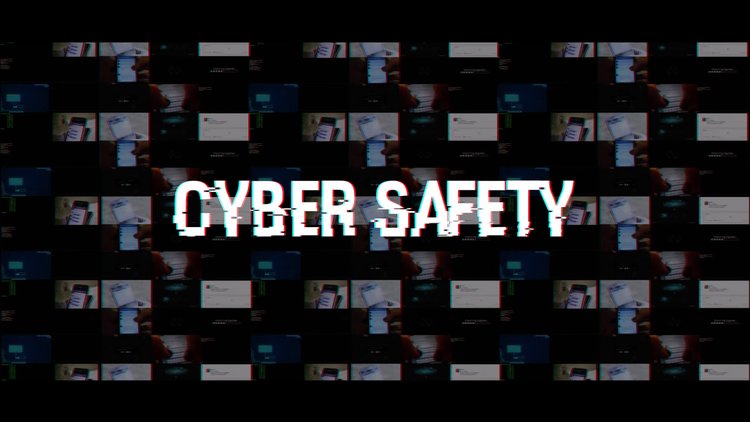 The latest internet trend is pushing children to perform violent challenges, resulting in panic, injury and, in some instances, death.

The trend, known as the “Momo Challenge,” instructs social media users to contact one of the many "Momo" accounts over Facebook, WhatsApp or other networks. The users are then challenged to accept violent instructions or be killed. The "Momo" accounts are said to urge people to perform self-harming acts, such as swallowing poison, or suicide through threats and violent imagery, according to recent reports. 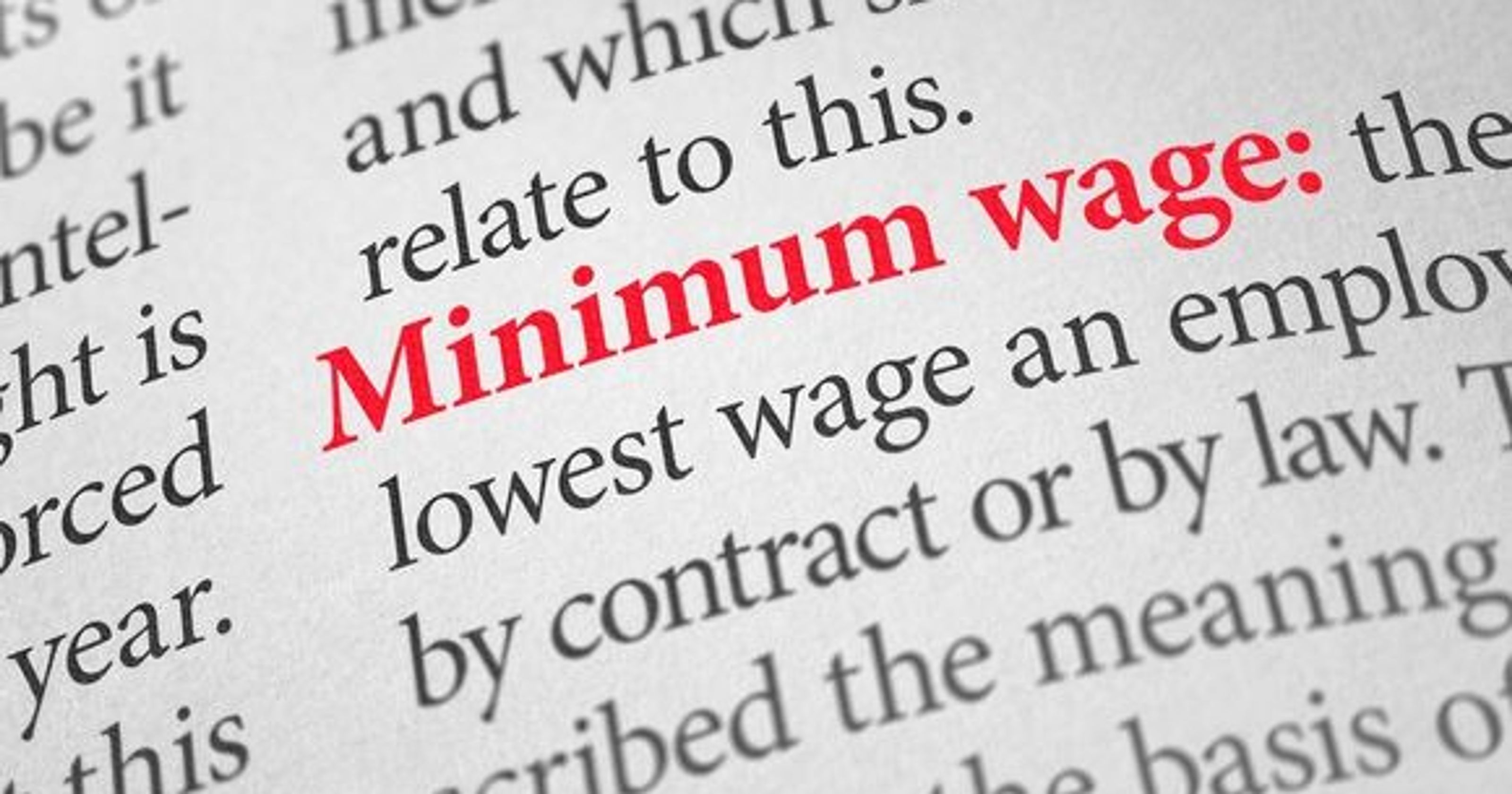 In an effort to support both New Jersey’s deserving workers and mom and pop small-business owners, Senator Vin Gopal will introduce legislation to raise the minimum wage to $12 over three years followed by a state study to determine its impact on small business owners.

The bill also provides for a number of exemptions designed to support local and seasonal businesses and requires annual economic studies to be conducted to evaluate the impact of the minimum wage increase over a five year period.

“Nearly 10 percent of New Jersey residents live in poverty, and many New Jersey workers rely on one or more minimum wage jobs to support themselves and their families,” said Senator Vin Gopal.

“New Jersey’s workers deserve a reasonable wage. Transitioning to a $12 minimum wage is a strong start. Should we see the economy improving after reaching a $12 minimum wage, we will then have ample evidence to support increasing the minimum wage further. Gradual, measured steps are key to implementing this shift successfully.

“However, we must also consider the constraints on small and seasonal businesses who often rely on minimum wage workers. Our local mom and pop shops will not be able to afford the short-term $15 minimum wage that some of my colleagues are pushing for. While I certainly support New Jersey’s workers, as a small business owner myself I understand the demands and limitations of running a small business. That is why I have fought for exemptions that will allow workers to earn a better wage without putting small businesses out of business, which would ultimately provide a blow to our economy and contribute to the unemployment rate.” 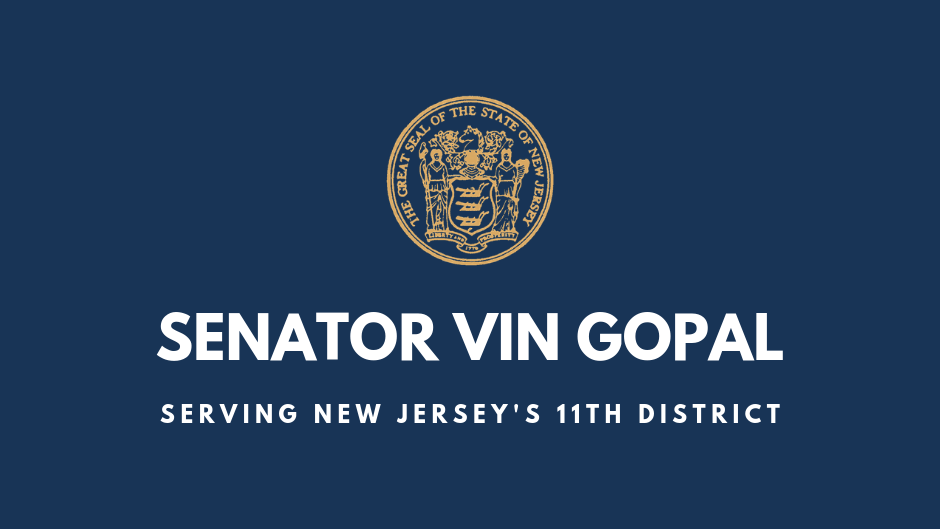 Legislation authored by Senator Vin Gopal and Senator Paul Sarlo that would provide critically-needed support for racetracks and the horse breeding industry in New Jersey was approved by the Senate Budget and Appropriations Committee.

The bill, S-2992, would provide an annual appropriation of $20 million for five years to the New Jersey Racing Commission to be used for horse racing purse subsidies and track operations, allocating the amounts equally between the thoroughbred and the standardbred industries.  In addition, the revenue from sports betting at the tracks will be shared with the breeders and owners.

“This will be a huge help for the horse racing industry that is an important part of New Jersey’s heritage and culture and a key source of jobs and economic activity,” said Senator Gopal (D-Monmouth). “There are tens of thousands of jobs impacted directly or indirectly by the racing industry, including the long-term survival of Monmouth Racetrack.”

The industry supports 13,000 jobs directly and preserves 176,000 acres of open land in the state.

Senator Vin Gopal blasted 101.5 radio host Judi Franco over callous remarks made about a fallen police officer and legislation relating to the cause of his passing.

Senator Gopal blasted Franco’s remarks: “The lack of common sense and common decency displayed by New Jersey 101.5 host Judi Franco has surpassed even my lowest of expectations. To use the loss of a brave State Police Officer as click bait in order to prove her misguided opinions trivializes the tragic death of Marc Castellano. ‘A dead cop is sad,’ is how she trivializes this law - this is disgraceful and disgusting. 101.5 owes all of law enforcement an apology. If this bi-partisan bill saves the life of one law enforcement professional, it is well worth it.”

The bill (S3224) establishes a presumption against admission into a pretrial intervention program for persons who commit theft against nonprofit organizations.

“Crimes committed against community-minded non-profit organizations are particularly egregious,” said Senator Vin Gopal. “Our local non-profit organizations exist solely to serve the residents of our great state and uplift some of our most vulnerable populations. When an individual steals from a non-profit, they are actually stealing from those who need the support and resources provided by these organizations the most. We cannot allow these despicable crimes to go unchecked. Individuals who steal from these vital organizations must be convicted to the fullest extent of the law in order to ensure justice has been served and deter others from committing these deplorable crimes.”

In an effort to address New Jersey’s extreme property tax rates, Senator Vin Gopal has introduced a bill requiring the consolidation of some of New Jersey’s smallest municipalities.

The bill (S3226) would require the consolidation of municipalities with populations of less than 1,000 persons into more highly populated municipalities.

“New Jersey’s property tax rates are absolutely out of control, placing an undue burden on our hardworking homeowners,” said Senator Vin Gopal. “Drastic steps must now be taken to ameliorate this major issue. While I don’t expect this bill to be the sole solution to our property tax and municipal spending problems, I am confident that this is a step in the right direction. If we don’t take drastic measures soon, New Jersey will continue to lose residents to less expensive states. We can do this through attrition and a human way so we fix the system long-term but not allow public employees to lose their jobs.” 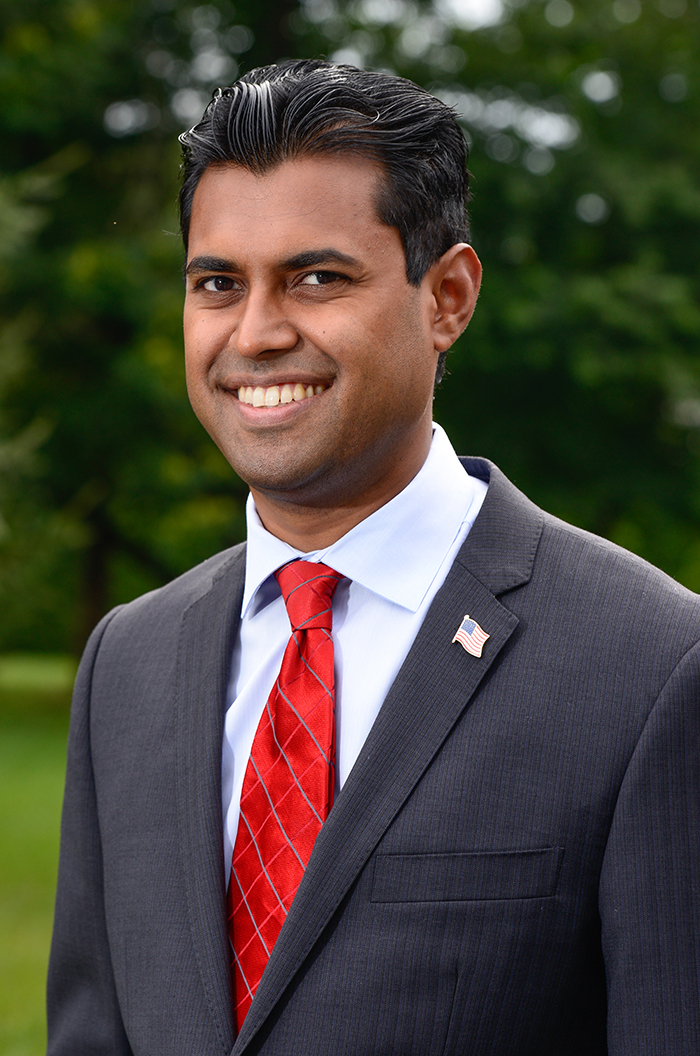 “While many towns and cities across the state have taken steps to cut costs through shared services, the Legislature provided additional tools under a pilot program enacted several years ago that included five counties,” said Senator Gopal (D-Monmouth).  “Making Monmouth and Atlantic counties part of this program will ease the process for towns and cities that want to share services where it makes sense and reduce taxpayer costs making the counties more affordable for residents.”

The law would add Monmouth and Atlantic counties to the list of counties permitted to operate under the pilot program. The bill authorizes the sharing of services for a municipal clerk, a chief financial officer, an assessor, a tax collector, a municipal treasurer or a municipal superintendent of public works without regard to the strictures of tenure rights that persons who hold those positions may have.

In 2013, New Jersey implemented the “Common Sense Shared Services Pilot Program Act” with the purpose of removing impediments to the sharing of services in order to provide more efficient, and less costly local government services.  Atlantic and Monmouth will now join Camden, Morris, Ocean, Sussex and Warren Counties as “pilot counties” under the law. 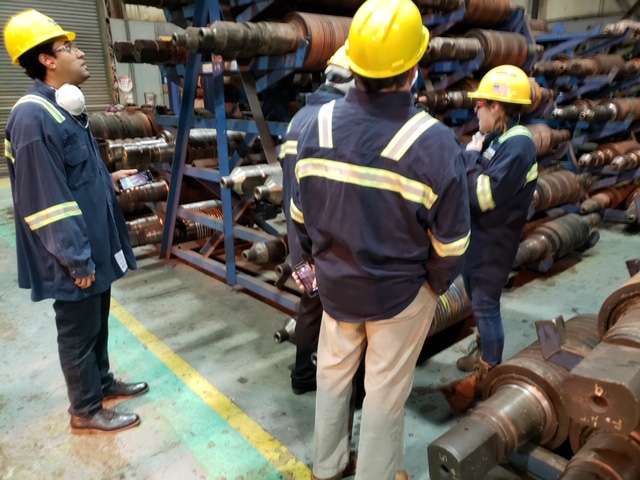 The Senator was joined by his fellow caucus members Assemblyman Eric Houghtaling (D-Monmouth) and Assemblyman Joseph Howarth (R-Burlington) at the Sayreville mill, which is the only steel mill still operating in the state.

“The Commercial Metals Company steel mill is the last of its kind here in New Jersey,” said Senator Vin Gopal. “These specialized workers rely on this mill for employment, and it is imperative that we work with the staff to ensure its continued success." 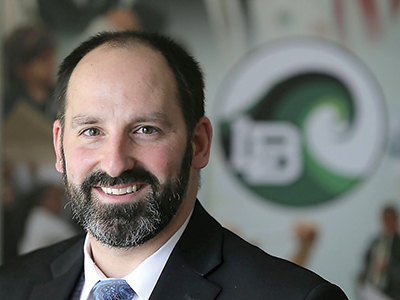 “We would like to offer our sincere congratulations to Dr. Michael Salvatore on this well-earned recognition and thank him for all he has done for the Long Branch School District,” said Senator Vin Gopal.

“We are extremely proud to have an educator like Dr. Salvatore leading the staff and students in Long Branch. Congratulations on this wonderful achievement,” said Assemblyman Eric Houghtaling.

“Dr. Salvatore’s commitment to his district and his students is extremely noble. We are proud to see his efforts have been recognized,” said Assemblywoman Joann Downey.

Dr. Salvatore is one of three regional winners for the award from the New Jersey Association of School Administrators that recognizes outstanding leadership in education.
Dr. Salvatore was honored specifically for his work with personalized learning for students and putting a focus on transformational education.

Senator Vin Gopal and Senator Steven Oroho put party lines aside to meet with students at Rutgers University’s Eagleton Institute of Politics on October 23, where they discussed the importance of bipartisanship.

The Senators were the featured speakers at Rutgers’ Talking Politics, a new seminar being piloted this fall that emphasizes the premise that citizens must be able to communicate in honest and civil political discussions in order for democracy to work.

The Senators discussed the importance of building relationships across the political aisle and working with colleagues in both parties to pass legislation as well as the need for civil political discourse. 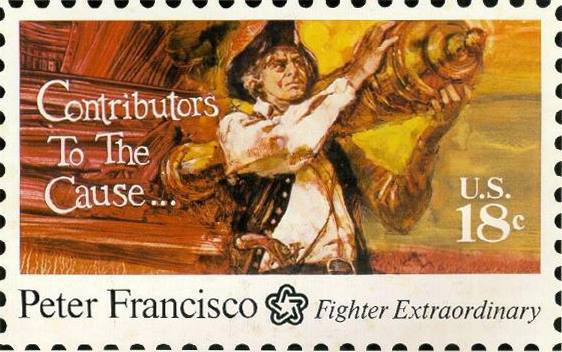 The proposed holiday recognizes Peter Francisco’s many acts of bravery and contributions during the Revolutionary War.

“Peter Francisco is an iconic figure within the Portuguese-American community and is entirely deserving of a holiday recognizing all of the contributions he has made to our country. We are so extremely proud to represent all cultures and ethnicities here in New Jersey and we are thrilled to have the opportunity to celebrate Portuguese-American residents,” said Assemblywoman Pintor Marin.

“We have a large community of Portuguese-Americans in my district who proudly celebrate their rich culture. Peter Francisco is a great source of pride in this community and should be for individuals of all cultural and ethnic backgrounds. His contributions to this country are well deserving of recognition and we are honored to be champions of this holiday,” said Senator Gopal.