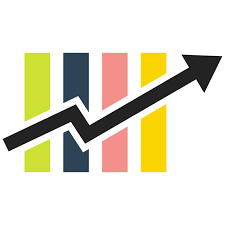 “These statistics are absolutely staggering,” said Senator Vin Gopal. “With the frequency of STDs increasing at such an astronomical rate here in New Jersey, where funding for family planning services was gutted in the previous administration, it is critical that we continue our efforts to support vital healthcare facilities.”

Senator Vin Gopal was instrumental in working with the Murphy Administration to restore $7.5 million in funding to Planned Parenthood that was previously slashed by the Christie Administration.

Planned Parenthood also provides education and outreach to 1.5 million people every year in schools and communities across the country, which gives young people the information and skills they need to prevent STDs.

“Facilities like Planned Parenthood provide a truly vital health service for our residents and are instrumental in the fight against STDs,” said Senator Gopal. “If we wish to get New Jersey’s skyrocketing STD rates under control, we need to support Planned Parenthood and similar facilities in treating and protecting individuals from disease.”
According to the CDC, the cost of treating STDs nationally is nearly $16 billion per year — more than twice the CDC’s annual budget.
The CDC estimates that, at any given time, more than 100 million Americans have an STD. Roughly 20 million new cases occur each year, with half of those affecting young people between the ages of 15 and 24.

“Proper medical care should not be designated for the privileged few,” said Senator Gopal. “Countless residents rely on Planned Parenthood for care. We must work tirelessly to ensure access to that vital care.”