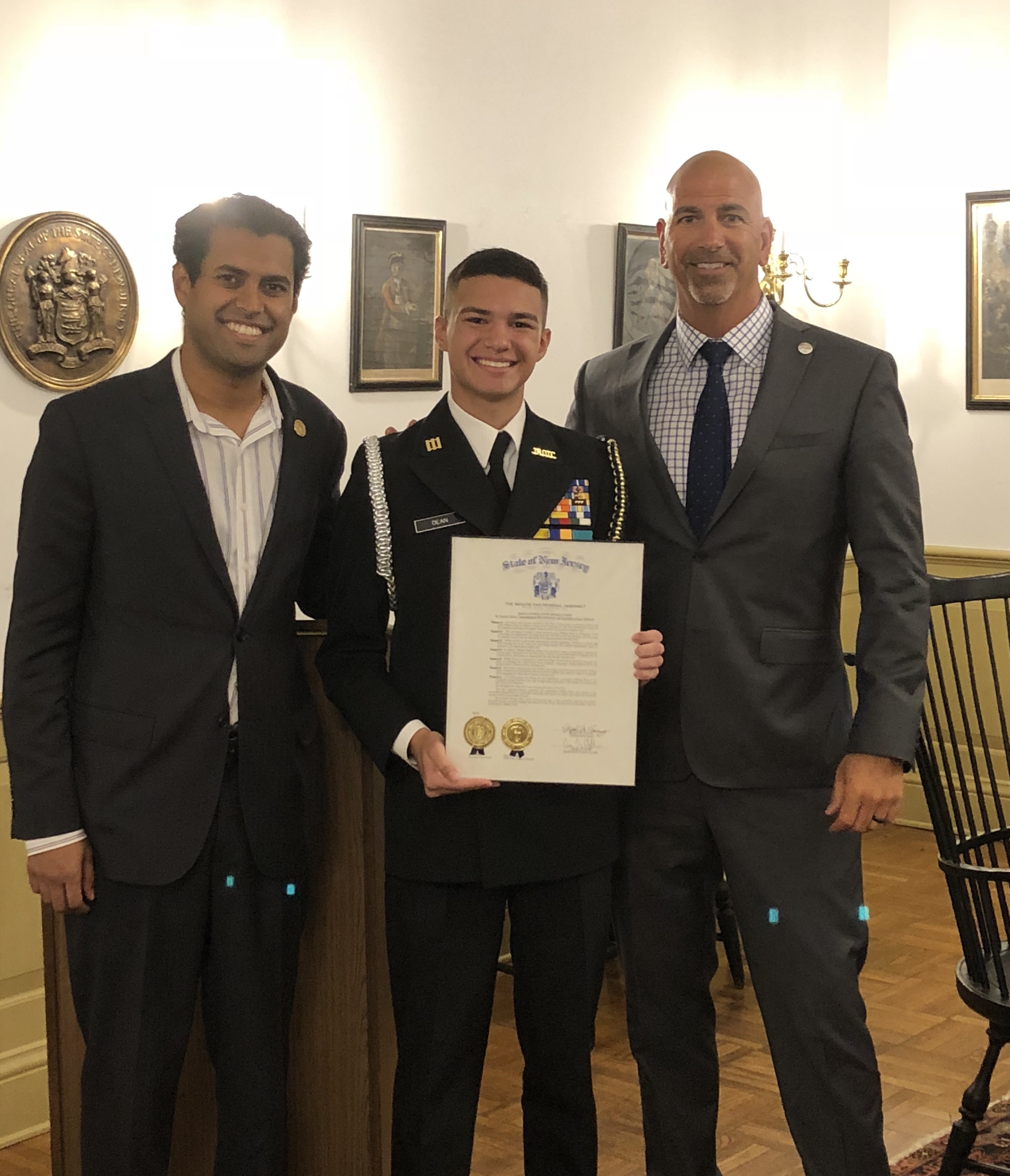 On Sept. 5, Senator Vin Gopal presented William with a resolution on behalf of the 11th Legislative District honoring his efforts to support local veterans, which include countless hours of volunteering and raising over $26,000 to support veterans organizations throughout the state.

“This inspiring young man displays levels of selflessness, community-mindedness and determination that are far beyond his 16 years. I was extremely proud to have the opportunity to meet William and thank him for all he has done for our brave veterans. I look forward to seeing what William achieves in the future — I am certain he will go on to accomplish great things,” said Senator Vin Gopal.

“We commend William for all he has done to better his community and for the veterans he works so tirelessly to support. We are extremely impressed with all he has accomplished at such a young age and we are grateful that his future goals include serving his country in the United States Navy. Thank you, William, for all you have done and best of luck in your future,” said Assemblyman Eric Houghtaling.

“William is an incredible young man who has wholeheartedly committed himself to service. From his work with his school’s ROTC to the over 300 hours of community service he has performed, William sets a stunning example of what it means to serve your community. We are extremely proud of this young man and were honored to have the opportunity to celebrate his accomplishments,” said Assemblywoman Downey.

William is an active member of Colts Neck High School’s award-winning ROTC unit, in which he serves as a lieutenant.

“On behalf of my fellow Committeemen, I, J.P. Bartolomeo, Mayor of Colts Neck Township, commend William Dean for his many selfless accomplishments in fundraising through charitable events to benefit this Nation’s disabled veterans. This Governing Body and his hometown community honor and applaud our resident, William Dean, and wish him well on his life’s path,” said Mayor J.P. Bartolomeo.