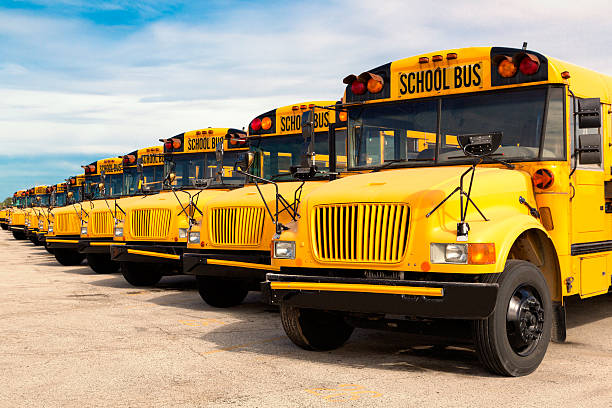 The package aims to improve bus safety and accident response, make bus drivers and companies more accountable and require every student to carry an identification card at school-sponsored, off-campus activities.

“All members of the public have a vested interest in making sure school bus drivers are driving safely and paying close attention to their surroundings,” said Senator Gopal (D-Monmouth). “Placing a contact number on the back of the bus will help hold bus drivers accountable for reckless driving, giving the public the ability to easily report if they see something concerning.”

“We want to do everything that we can to make sure that school bus accidents like the ones we have seen over the past year never happen again,” said Senator Diegnan (D-Middlesex).  “The bills focus on school bus operations and drivers, requiring compliance with both state and federal regulations. We want school bus drivers to be knowledgeable of how to handle a bus, know what the protocols are in the event of an accident, and be physically able to carry out their responsibilities. If implemented, these changes will go a long way in improving school bus safety for our children.”

“The school bus accident this May that tragically killed an East Brook Middle School student and teacher, and left many others injured, was a nightmare scenario,” said Senator Lagana (D-Bergen/Passaic).  “This horrific accident prompted me to call for public hearings which led to conversations about how we could make school buses safer, and create tougher regulations relating to bus drivers and bus operators. The package of bills my Senate colleagues and I are sponsoring addresses these concerns and will help ensure that no parent or child will have to go through what too many have endured these past few months. As parents, we should not have to worry about the safety of our children when they board a school bus.”

“The safety of children is the number one priority of any parent.  We expect children to be secure when they go to school, and we expect children to be unharmed when they ride the bus to school,” said Senator Greenstein (D-Mercer/Middlesex). “We can always make school buses safer, especially as technology changes we must continue to adapt to ensure we are doing everything we can to keep children out of harm’s way.  New Jersey is a family-friendly state, and we need to assure parents that their children will be all right when they ride the bus to and from school.”

“Parents should not have to worry about the safety of their child when they are on a school bus,” said Senator Holzapfel (R-Ocean).  “We are taking action at the state level to require additional education training for school bus drivers and ensure the safety of our children.   We want drivers and aides to be educated on how to handle an emergency situation.  Any step we can take to prevent an accident involving a school bus will go a long way.”

“After so many tragic accidents, thousands of parents now have to think twice when they watch their child board a school bus,” Senator Corrado (R-Bergen/Essex/Morris/Passaic) said. “There is nothing more precious than our children. If you’re going to drive a school bus, you should have a clean driving record and the qualifications necessary to transport our kids. This bill will ensure those standards are met. It’s the least we can do.”

The package includes the following legislation: