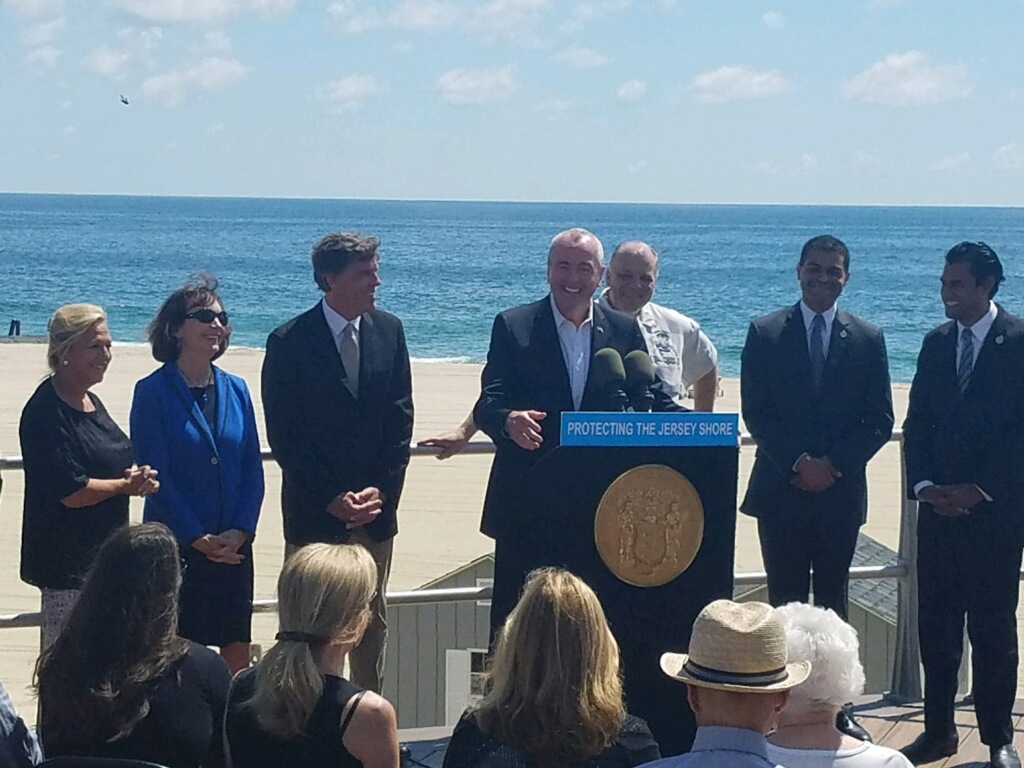 “New Jersey’s beaches and parks will now be smoke free,” said Senator Sweeney. “This law will help make the Jersey Shore and the state’s parks cleaner and healthier for everyone. Beachgoers and visitors to our parks will be able to enjoy these beautiful natural attractions free of cigarette butts and secondhand smoke. The dangers of tobacco are well known for smokers and for those exposed to secondhand smoke. This will help to eliminate the environmental and health damages of smoking for everyone.”

“The Jersey Shore has always been one of our most treasured assets,” said Senator Gopal. “We have the best beaches and the most desirable beachfront communities in the country – and we want to keep it that way.  They have environmental and economic value that we don’t want damaged by the ill effects of smoking on the beach."

“We are now getting smoking off the beaches and out of the public parks,” said Senator Smith, chairman of the Senate Environment Committee. “We don’t want children or others exposed to second-hand smoke, we don’t want our beaches and parks littered with cigarette butts and we don’t want our environmental resources exposed to the damaging effects of pollutions of any type. This prohibition advances our efforts to protect the public against the adverse health risks of smoking and makes our parks and beaches a safer, more enjoyable experience for New Jersey families.”

Specifically, the new law updates the 2005 “New Jersey Smoke Free Air Act,” which declared that tobacco smoke constitutes a health hazard to the nonsmoking majority and found it in the public interest to prohibit smoking in enclosed places with public access and in the workplace.

The prohibition would not include parking lots adjacent to beaches and parks, and the law will allow municipalities to designate up to 15 percent of a beach for smoking. A violation of the proposed law would include a fine of not less than $250 for the first offense, $500 for the second offense and $1,000 for each subsequent offense.  It takes effect after 180 days.

Cigarette filters are among the top types of litter collected from beaches, according to environmental advocates, who collected an estimated 29,000 cigarette filters from New Jersey beaches in “beach sweeps” last year alone.

Nationwide, more than 300 coastal communities have banned smoking on their beaches, according to the American Nonsmokers' Rights Foundation. In New Jersey, an increasing number of beach communities have adopted local smoking bans on their own, with at least 18 towns enacting the prohibition.